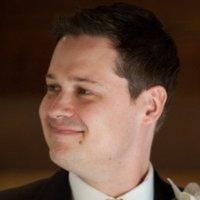 Global Head of Surveillance IT, GB&M IT, HSBC

Tim is currently Global Head of Surveillance IT, a department within the Global Banking & Markets IT area in HSBC that he has been leading since 2016.  Prior to this he spent 7 years in other IT project and programme leadership roles in GB&M IT, in Finance IT, Post-Trade Securities IT, HSBC Securities Services IT and Cross-Product Utilities IT.  Tim's career started in Asset Management Operations and moved into technology and change following a move to Citigroup where he worked in their Electronic Banking division in New York, London and Frankfurt.  He subsequently moved to ABN AMRO where he was a Project Manager in their Global Trade Processing IT department, after which he moved into Capital Markets consultancy in London, finally joining HSBC in late 2008.